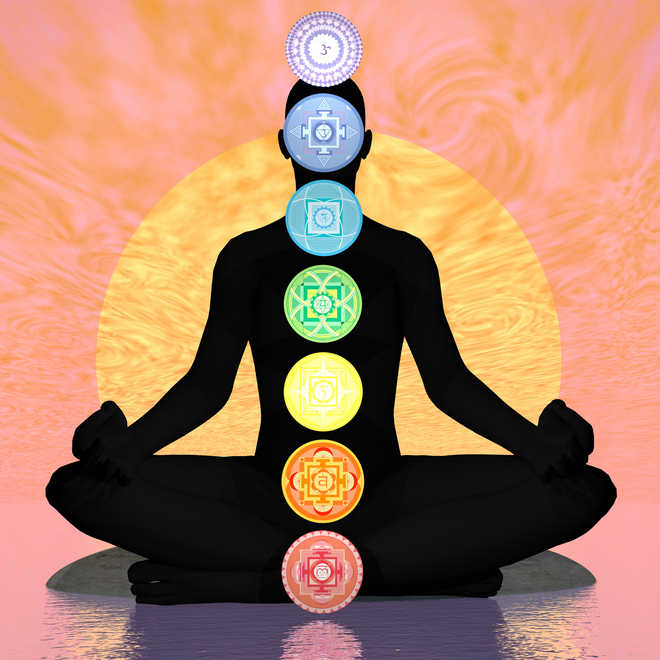 A FEW WORDS ABOUT THE CROWN CHAKRA

The Crown Chakra is usually the last to be awakened. It is the same size as the other chakras but as the person progresses on the Path of spiritual advancement, it increases steadily until it covers the entire top (crown) of the head.

Like the other chakras, at first, the Crown Chakra is a depression in the etheric body and the divine force flows in from without. But when the person realizes his position as the king of the divine light through the development of this chakra, the Crown Chakra reverses itself and turns itself inside out! In other words, it no longer is a channel of reception but a channel of radiation; it no longer is a depression but a prominence above the head – it radiates outward like a dome, like a crown of glory! Yoga and Meditation in Rishikesh

This illuminated Crown chakra is symbolically represented as the halo above and around the heads of Saints. It is an ancient truth that is still used today. Sadly, however, its original purpose has been long ago forgotten, or lost – until now!

Each chakra is perpetually rotating. At the mouth of the chakra, a divine force from the higher world flows. Without this inrush of primary energy, the physical body could not exist.

The chakra centers are in constant operation in all of us. In the undeveloped person, they are usually in sluggish motion, just forming the necessary vortex for the force to enter, and not much more than that. However, in the more evolved person, they may be glowing and pulsating with living light so that an enormous amount of energy passes through them.

All the petals have a shimmering effect, like the mother-of-pearl, yet each has its own predominant color. This silvery aspect is associated in Sanskrit works with the gleam of moonlight on the surface of the water.

Next Post
Om, the primal sound-energy and the Ajha chakra