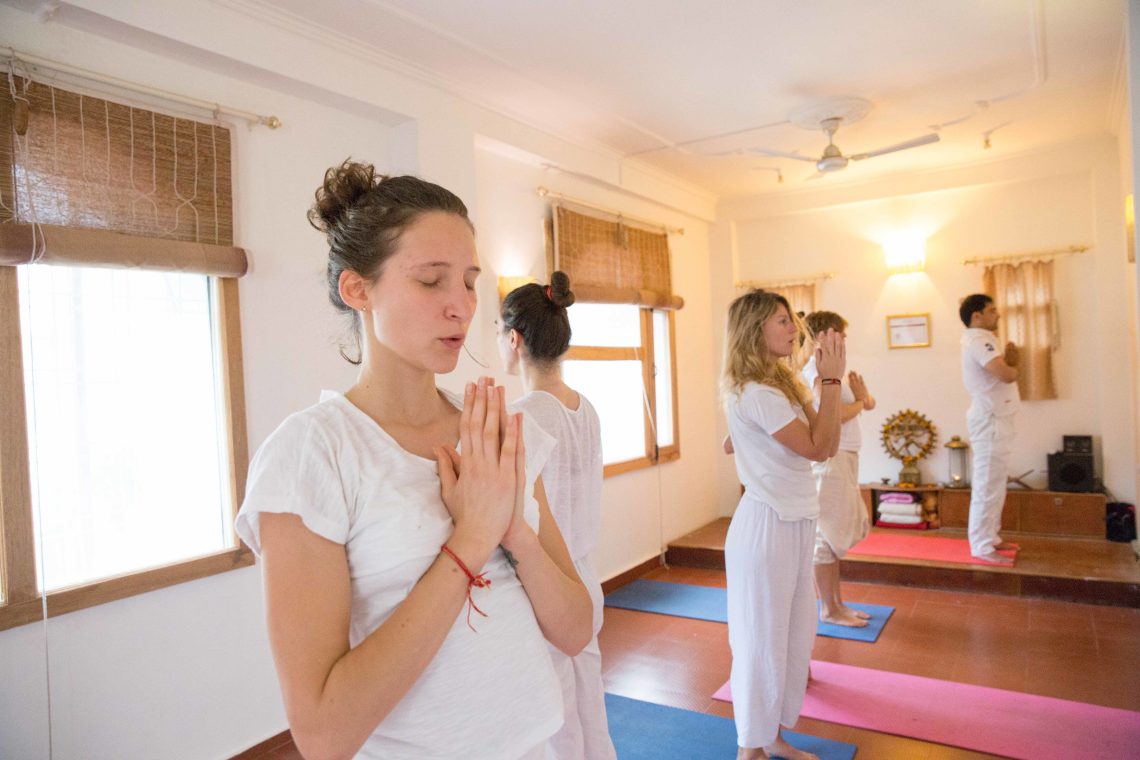 During the process of coming into one’s own, the highest goal is seen as a small version of Sakti, the goddess of feminine power, linked to Kundalini’s awakening. Tantric practitioners connect Sakti’s power to Cosmic Consciousness because she shows how male and female ideals can exist together.

Tantra-asanas, also called “sexo-yogic postures,” has become a powerful set of mental and physical practices requiring the same discipline as meditation to bring about this realization. The Kundalini Sakti can be awakened through the practice of tantra-yoga-asanas. This is in line with the teachings of tantra, which say, “One must rise by that by which one may fall.” On the biological level, the fusion of polarities is called the sexual union of asana. As is often and wrongly said, this is not the same as having a “sexual encounter.”

Having sex has always been linked to having children or feeling very satisfied with one’s body. Tantrikas, on the other hand, knew that sexual energy had a huge amount of potential and was able to use tantra-asanas to change sexual energy and set it free on a level of cosmic awareness. People think that sexual activity is inherently divine and a source of vital energy that can hugely affect a person’s physiopsychic state, which then affects a higher level of the universe.

Tantra is a spiritual practice that tells a man and a woman how to behave in a way that turns their sexual union into the spiritual union of Siva and Shakti. Dakshina marga, also called the “right-hand path,” and Vama marga, also called the “left-hand path,” are two of the most important tantric practices that can be done to awaken Kundalini. People who follow the left-hand path use Pancha-Makara, which is a term for five ritual ingredients that start with the letter M. These are madya, which is wine, mamsa, which is meat; matsya, which is fish; mudra, which is dried cereal, and maithuna, which is sexual union. Chakra-puja is the name for the ritual of a group of people getting sexually intimate in a circle. The central idea of the left-hand path is that we can’t make spiritual progress by denying or avoiding our desires and passions. Instead, we need to change those things that cause us to fall as a way to become free. This is the basic idea that the left-hand path is based on.

Through the practice of Kundalini Yoga, the flow of Kundalini Sakti, which normally moves downward, can be made to move in the opposite direction. This brings it together with Siva, or Cosmic Consciousness, in the end. To reach this goal, the body’s physiological functions also gradually change.

Tantra-asana is an exercise that must be done with someone of the opposite gender. People think that the female participant reflects Sakti, the dynamic female principle that underlies everything in the universe. The “devout woman” is the perfect example of what it means always to be a woman. With the help of a guru, a place is chosen for the ritual, and the best time of day and hour are figured out before it starts. The best way to get started is to get initiation from a Bhairavi (female guru). Tantrikas put a lot of emphasis on the fact that rituals must be done in places far away from other people and free of noise and pollution. Rituals like bathing, dressing, worshiping, giving flowers and other ritual items, and doing rites like Nyasa and bhuta-sudhi, which involve cleaning the body and the elements, are done to set the right mood. In vamachara, which is also called left-hand practice, the instructions are taken literally, while in dakshinachara, which is also called right-hand practice, they are taken symbolically.

During the Pancha-Makara rite, the unclothed female deity worshipped is no longer seen as a person. Instead, she is seen as the goddess Sakti, representing the most basic parts of the universe. ‘ The transmission of divine power is not something that happens in a separate realm from the real world. Instead, it is something that can be learned through experience. The man and the woman are both playing parts in a play following the letter. In this discussion, there is no room for abstract ideas. Instead, there is a constant reference to a real human condition. Their thoughts and feelings move in sync with each other when they talk. So, the fact that a woman can turn into a goddess is a very special insight into the real world. This is because a woman’s change into a goddess can’t be seen, felt, or understood in any way other than what it is.

“The man and the woman meet themselves in each other, and by doing so, they can connect with their inner selves in a fuller way.” This ongoing activity of “seeing” into each other through the different ritual acts leading up to sexo-yogic asana throws the group into anonymity so they can accept the common goal. Sexo-yogic asana. Ritual projection gives divinity to the adepts, which continues until both males. Female adepts, who represent the rational principles, reach an existential awareness of unity that is like the circle symbol. For more information you can search for Yoga and Meditation in Rishikesh.